How does one pack for six months of living in one of the most famous and fought about regions of the world?  This is the question that I’ve been thinking about for the past few days, as I waded through jeans, shoes, books, dresses, and other sundry items trying to figure out what was important enough to warrant space in my one suitcase. It’s not until you have to put your wordly belongings in a suitcase that you begin to realize just how many of them there are, how many you’ve come to take for granted, and how many you so easily can (and probably will) live without, perhaps temporarily, perhaps more enjoyably.  As I sat on the phone with Human Resources switching health plans, AT&T suspending U.S. cell phone service, and assorted credit card companies and  banks putting many of life’s mundane details in order, I started to focus on the daily hum-drum slowly shifting out of its realm and into the liminal space that travel thrusts upon us—the space of wonder, delight, and amazement of that which otherwise we’d fail to take notice of, the simple yet infinite details that make up lived experience in this oh-so-human life.

Why might I be taking stock of such things? I and my life partner Jim Ridolfo  (Assistant Professor of Composition and Rhetoric at the University of Cincinnati) are preparing to embark on a six-month adventure in Israel and the Palestinian Authority. Jim has received a Middle East and North Africa Regional Research Fulbright to continue his work  with the Samaritan Community, and I will be accompanying him and using this time overseas to further my research on several projects and to develop some international connections for the University of Kentucky. I aim to build relationships and forge collaborations that will help to bring this part of the world just a bit closer to Lexington through scholarly exchange, shared curricula, or co-taught classes. 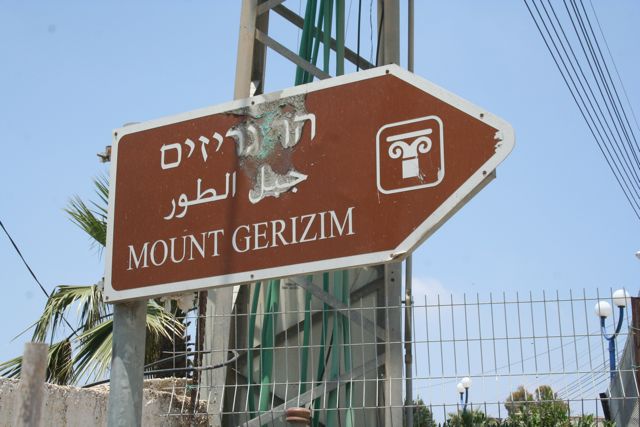 We have the great fortune to travel as few have the opportunity to—not as tourists who make a brief trip and quickly return home, but rather as temporary inhabitants who become part of life’s daily rhythms for an extended time in another land.  Living the mundane through the lens of other cultures, through what the rhetorician Kenneth Burke would call someone else’s terministic screen,  offers perspective, and if you’re open to it—can usher in a certain kind of humility. Seeing how others approach similar tasks, value different ideas and behaviors, or interpret similar behaviors differently changes how you think about things.  It’s part of the reason why so many folks want to travel: to “see the world” and to perhaps develop a better sense for how the world sees differently, and of course, to puzzle over why.

It is not the first time that I’ve been lucky enough to sojourn in this part of the world. In 2000-2001, I lived in Jerusalem, Israel as a Dorot Fellow  becoming fluent in Hebrew, studying Jewish religious texts, and volunteering for the Center for Bilingual Education.  A lot has changed since then, personally, technologically, historically.  Then, I was taking a break from graduate school, and my experiences abroad influenced not only my decision to return, but also the scholarly discipline I focused on (I made the switch from English to Rhetoric) and the topic of my eventual dissertation (Black Jewish identity). Then, there were no post-911 TSA travel restrictions.  Then,  I went with not one but two suitcases, and no lap-top or cell phone. I did not get a cellphone until six months into my stay—it was the first I ever owned.  I wrote emails home in smoky cyber-cafes. There was no broadband wifi, Skype, Facebook, or social media of any kind. It was a very different world. In terms of history, I arrived in June shortly before the now-famous (and failed) Camp David Talks between Arafat and Prime Minister Ehud Barak. At the end of September, the Second Intifada erupted.  When I left the following summer, the violence was increasing at an exponential rate—in Israel, buses, restaurants, and discotheques were bursting into flames, in the Palestinian Authority, the Israeli military tightened its grip, making it difficult for Palestinians to move freely and resulting in the death of many.

Now I am returning again, nearly 12 years later, to represent the University of Kentucky as an Assistant Professor, to continue my research on identity and rhetoric, and to hopefully build some lasting collaborations between institutions of higher education in Israel, the Palestinian Authority, and the University of Kentucky. As a junior scholar on the tenure track, I am firmly rooted in my discipline, though still excited by and engaged in a number of interdisciplinary projects. I just sent the book based on my revised dissertation, Arguing Black Jewish Identity: Hatzaad Harishon and Interruptive Invention, out for review with University of Alabama Press.  Now, I am mostly fluent in Hebrew (I speak better than I read, write, or type), and I am working on learning Arabic. Now, I will pack one suitcase, 1 lap top, 1 ipad2 and wireless keyboard, 3 cellphones (my US iphone and 2 cheap unlocked, unsmart International phones awaiting Israeli SIM cards—only one works and we can’t remember which is which!), an ipod---no physical CD/DVDs aside from the instructional Arabic language immersion discs or the ones to which I saved thousands of archival documents for my research on Chaim and Fela Perelman, no cookbooks, and very few physical photos. The apartment we are renting has broadband Internet, and we are realizing we need it and little else. Historically and politically, a lot has changed since I left in 2001. The events are too many to list here, but those who would like to learn more might find these timelines useful: from Wikipedia (watch it closely for editing wars), from BBC News, from Mideast Web for Co-existence.   This past year witnessed some significant events—in September the Palestinians made a bid for full membership in the U. N.,  and  in October Gilad Shalit who had been captured in the summer of 2006, was finally released back to Israel in exchange for the release of 1027 Palestinian prisoners.   It promises to be a very interesting time in the Promised Land, but then again, it always is.   I look forward to sharing snapshots of our six-month adventure on this blog.  Once we arrive, expect to hear more about hummus, rusty language skills, beer, salsa dancing, and how much we miss our scaly friends Electra and Salsa, the lovely lizards we left in Lexington to anxiously await our return. 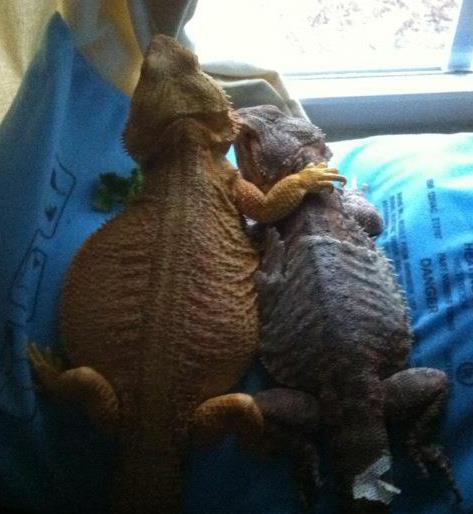