Sitting at the front of the room at a seminar table crowded with more students than anyone imagined, professor Francie Chassen-Lopez said, “I always say I have one foot on either side of the border.”

Chassen-Lopez is one of the four instructors teaching Social Theory 600, a graduate seminar called “Transnational Lives.” The professors include Ana Liberato, Cristina Alcalde, and Steven Alvarez—each representing a different discipline and approach to the course. “What makes this so exciting,” Alcalde said, “is we’re all coming at this from different perspectives.”

In many ways, they all have one foot on either side of one kind of border or another—be it a disciplinary border or geographical one. They all describe themselves as living transnational lives. As they introduced themselves on the first day of class, each one discussed their relationship with national borders and the foundation of their interest in topics of migration and identity.

For instance, after studying and teaching in Mexico for 18 years, Chassen-Lopez returned to the U.S., an “immigrant in reverse,” as she put it. For over 20 years, she’s been teaching courses on Latin America at UK in the History Department. She noted that her work keeps extending backwards in time, from her previous work on modern Mexico to more recent projects on Mexico in the nineteenth century.

A social inequalities faculty in Sociology since 2007, Liberato studies race, ethnicity and gender in the context of migration. Born and raised in the Dominican Republic, Liberato’s research is deeply connected to her experiences. One on-going project centers on Dominican immigrants in Switzerland while other comparative project examines Dominican migration in Spain, Switzerland and the U.S.. She’s also working on a project comparing Cuban and Dominican mobility.

Like the others, Alcalde explained that issues of transnationalism are both professional and personal for her. She has lived in England, the U.S., and Peru, which is where she was born. She is an associate professor in the Department of Gender and Women’s Studies. One of her areas of interest is what she calls “return migration” among immigrants who go back to a place they had previously called home. Her current work “theorizes the ideas of home and belonging,” which changes, she explained, based on “different intersecting identities.”

Alvarez, an assistant professor in Writing, Rhetoric, and Digital Media, explained his own transnational life as a child of parents who were born six miles on either side of the Mexican-US border. His research has allowed him to “reconnect to my Mexican roots,” as he said. Since coming to UK in 2011, Alvarez has worked with immigrant students in the area, and he has taught a course at UK on “Mexington,” a Latino community in Lexington. He is interested in exploring language and literary hybridity in the course.

A few years ago, Liberato and Alcalde collaborated with Chassen-Lopez on a project about immigration, and the Transnational Lives course is an extension of that. As Liberato explained, “most immigrants in the world are transnational.” They invited Alvarez to join them so he could bring his literary expertise, as Chassen-Lopez explained to the class.

Liberato and Alcalde have co-taught a course together before on migration, but this is the first time any of them will be teaching along with three other professors. Which begs the question: How is that even done?

Every spring the Committee on Social Theory, which grants a graduate certificate, offers the team-taught seminar—always with four professors. So, there is something of a template. Previous course themes/names for the seminar have included “Law, Sex, and Family” “Autobiography,” and “Security.” But previous seminars may not have spoken so directly to the professors’ personal backgrounds as “Transnational Lives” does with this team of four.

Following the model of past seminars, Chassen-Lopez, Liberato, Alcalde, and Alvarez will each lead a three-week unit. This means each takes a turn as the primary instructor, picking the texts students will read and directing discussion. But all the professors participate in every class, learning along with the other students. Each unit culminates with a reflection paper, graded by instructor in charge of that unit. 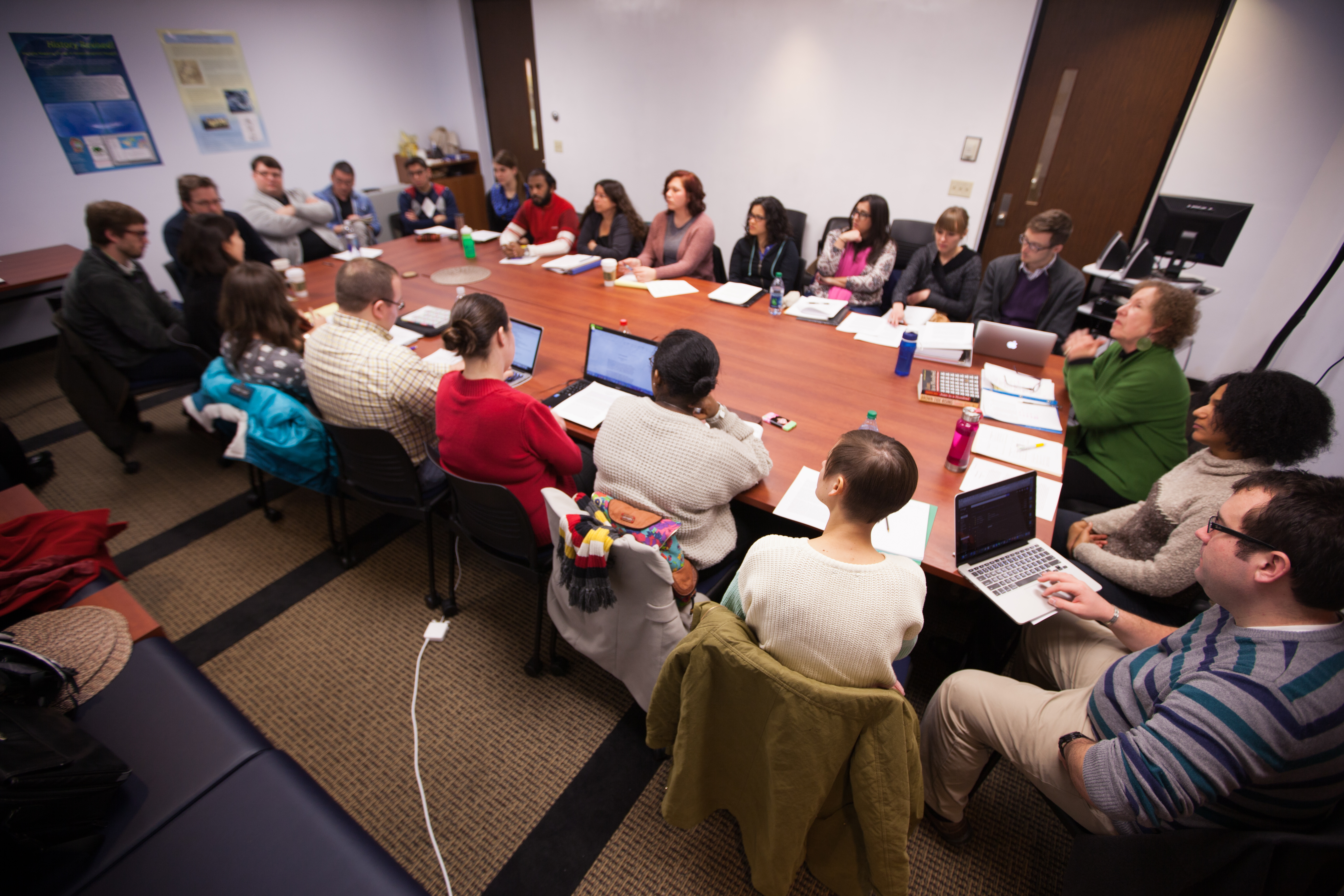 Central to the three-week sections and to this curriculum is the integration of the Social Theory Spring Lecture Series. Beginning with Dr. Glick Schiller on February 6, the Social Theory host visiting scholars who deliver a public lecture. Students enrolled in the Social Theory 600 seminar get the added bonus of reading the scholar’s work and discussing it in class with the author. A reception follows where the conversations raised in the lecture and class can continue over food and wine.

disClosure, the Committee on Social Theory’s journal, will feature an issue on the course theme and include interviews with the guest speakers. The journal is edited by students pursuing the Social Theory Certificate (including those enrolled in “Transnational Lives”).

As professor Marion Rust, Director of the Committee on Social Theory, has said, the enrollment for “Transnational Lives” reached the cap on the first day it was open.

The student body is composed of graduate students in English, Hispanic Studies, Gender and Women’s Studies, Education, Anthropology, and Philosophy.

The students mirror the professors’ excitement and investment in themes of identity, belonging, and migration. Many, likewise, live transnational lives, straddling one or more borders of all kinds.

With a mix of disciplines and backgrounds, the faculty and students of “Transnational Lives” are sure to traverse rich territory together this semester.